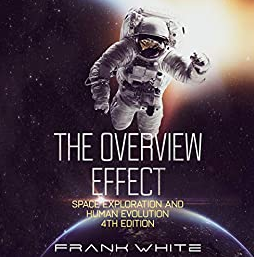 If you are interested in World Building, it is a good idea to be acquainted with our world. If you haven't heard of the Overview Effect, and even if you have, I recommend this book to understand the impact of seeing our world from space has had since the Apollo missions.

More than three decades ago, Frank White coined the term “Overview Effect” to describe the cognitive shift that results from the experience of viewing the Earth from space and in space, from orbit or on a lunar mission. He found that with great consistency, this experience profoundly affects space travelers’ worldviews—their perceptions of themselves, our planet, and our understanding of the future. White notes that astronauts know from direct experience what the rest of us know intellectually: we live on a planet that is like a natural spaceship moving through the universe at a high rate of speed. We are, in fact, the crew of "Spaceship Earth," as Buckminster Fuller described our world.

In The Overview Effect: Space Exploration and Human Evolution, 4th Edition, Frank White expands on his original concept, which has now gained worldwide recognition. Using interviews with, and writings by, astronauts and cosmonauts, he describes space exploration and development as necessary next steps in the evolution of human civilization and consciousness. The fourth edition features new interviews with active and retired professional astronauts, including three who were on board the International Space Station at the time. He has also continued to interview future “citizen astronauts” who will be flying on commercial spaceflights.

The Overview Effect will be available soon from Multiverse Publishing. Preorders for the Kindle version are now being accepted at:

A paperback version should be out shortly.