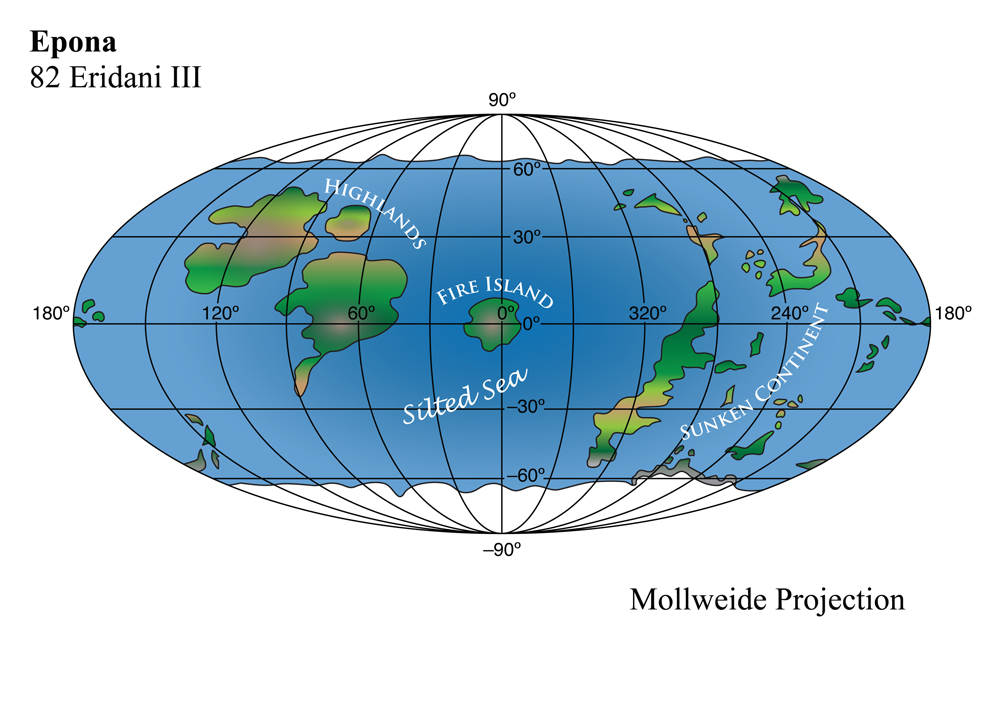 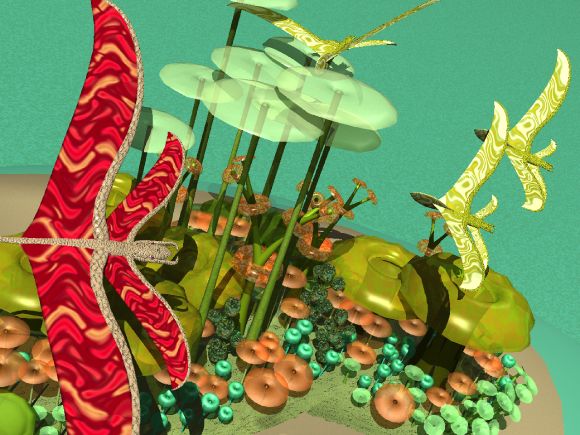 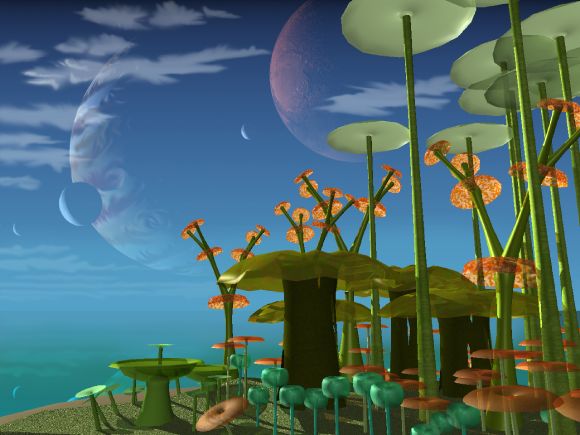 This set of pages describes each feature and discusses the seasons, atmosphere and includes a bit of give-and-take from a couple of contributors. 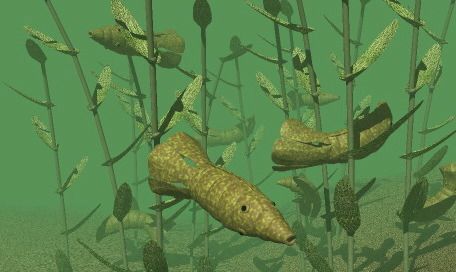 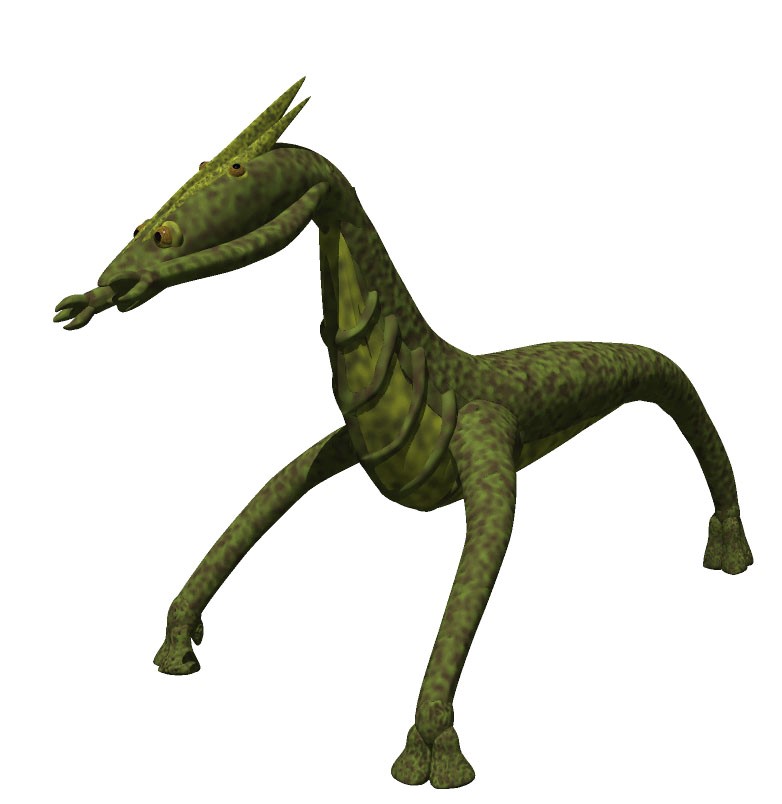 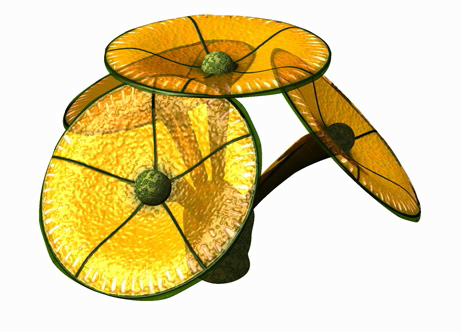 At the Contact: Cultures of the Imagination conference (CONTACT X) the alien design team managed to produce two promising creatures, the "Ceretridon" and the "Springcroc" along with details of their evolutionary lineages. Other life‑forms adapted to the difficult ice age conditions were also invented, but not evolved in such depth. Thus, we generated some interesting body plans, rudimentary ecosystems and some details of feeding and reproduction.

Epona itself was also fleshed out as we imagined the climatic and geomorphological changes that would occur as the planet emerged from its 100 million year ice age. We still have big gaps though and plenty of room for both individual creativity and "design by committee." For instance, whilst we have some interesting body plans, the interior anatomy and physiology of our creatures remains a mystery. Ecosystems have gaps and food chains need to be fleshed out. Our flora is even more impoverished than our fauna and so more work by some of you botanists is needed.

Epona was created over long distances in the early days of email communication and document transmission over the Internet.  Although many participants did not have connections and documents were also sent using the US Postal Service.  The design effort was made by circulating a newsletter to a select list of participants as well as attendees at an annual conference called "Contact: Cultures of the Imagination" usually held in Northern California.  The invitations were made and the stage set in two early newsletters in 1992.  The Epona Home, Development, Star System, Epona Today and Geology/Ecology pages document those early newsletters and show their contents. The following "First Steps" pages are extracted from Newsletter #2 issued in October, 1993, after the results of the Contact Conference (Spring '93) had been compiled.